Brew-gal - Cocktail of the month - November

Everybody loves a brew, it’s great for any occasion, want to have a catch up with a friend? Boil the kettle. Need to relax after a hard day? Have a cuppa and a biscuit. In fact tea is so popular that it is the second most consumed drink in the world, coming second to water!

Entire cultures are built around tea, and it is when we were having a little tea party we decided we needed to throw our own homage to the nations favourite drink.

Introducing Brew-gal! made with Brugal rum, Brew….gal…. yeah it’s a good pun when you know. Now we didn’t just want to throw a tea bag into a cup of rum and see what happens, no we wanted to use pay homage to the legend of Brugal as well and so we made a tropical infusion to make a cocktail that’s fruit-tea.

Brugal is a market leading rum, one that is widely used in bars throughout the UK. Brugal Started life in the Domican Republic back in 1888, since then, 130 years later and  five generations of people under the Brugal name have used passion, dedication and hard work to make Brugal what it is today.

With the Caribbean in mind we have mixed Brugal Anejo with passion fruit liqueur, mango, orange and apple juice to create the Brew-gal, shaken ice cold and strained into a classic tea cup and saucer. 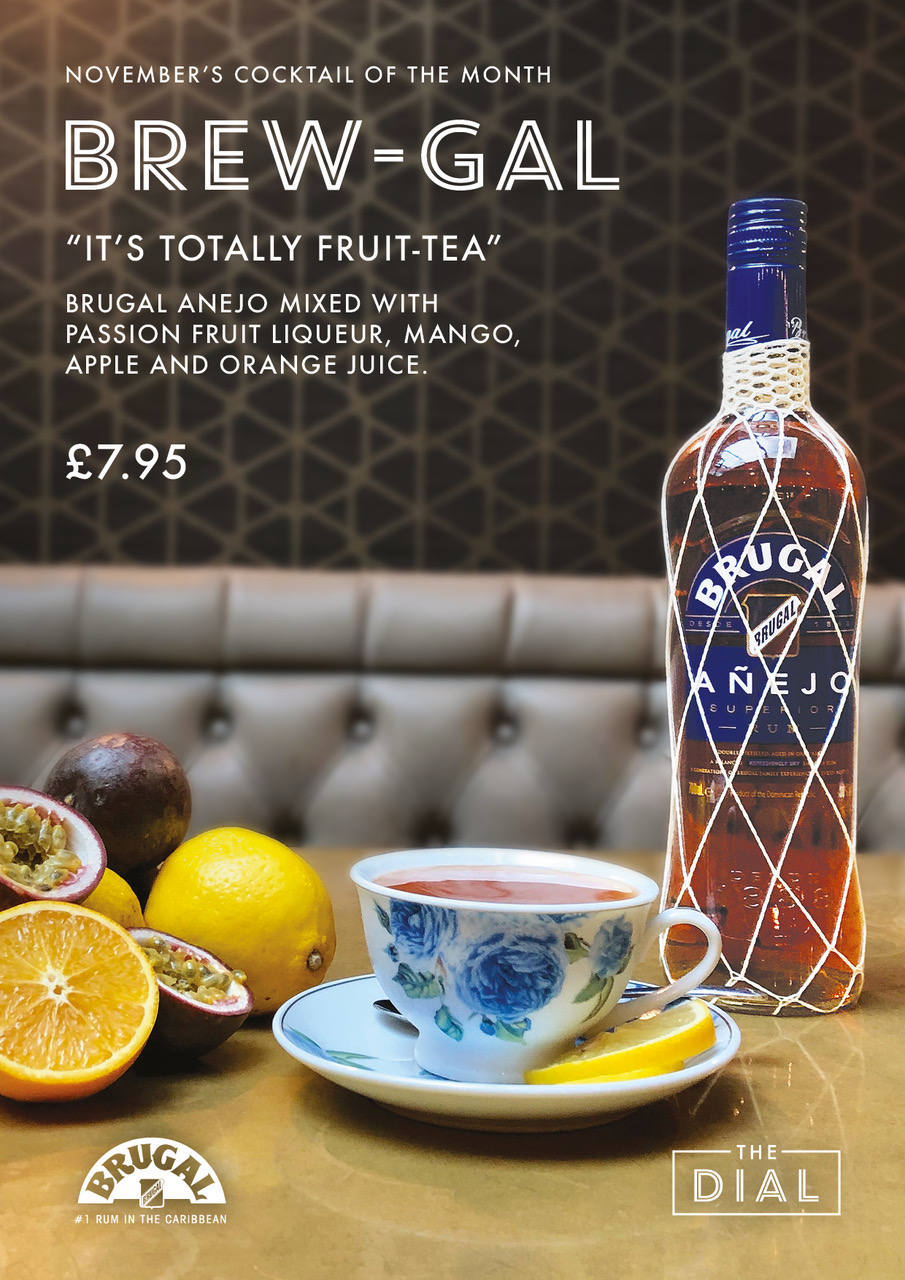