Hello everybody and welcome to the first ever issue 31 of the Spirit Spotlight, the write up of the best spirits you can find at the Dial. This issue we are exploring the forests for Shining Cliff Gin.

Quite close to the Dial lies the gorgeous Peak District, a vast landscape of pure nature, with picturesque rivers, rolling hills and vast woodlands. The Peak District is of the first of Britains 15 national parks as it was founded back in 1951.  It is home to Kinder Scout, the highest point in the East Midlands, and it is home to the town of Bakewell, you probably know it best from trying the cakes! Which would you believe are said to have been made by happy accident by an 18th century kitchen maid.

Alongside the river Derwent and backing onto the Shining Cliff woods you will find the Shining Cliff Distillery. This location has a rich history, it was once the royal hunting grounds of Edmund Crouchback, who was the second surviving son of King Henry III of England and later went to be a site for the industrialists. The 24km stretch of the Derwent Valley from Derby to Matlock Bath was awarded UNESCO World Heritage status in 2001 and White Cliff DIstillary have actually set up shop inside an 1800 Wire Works, the Richard Johnson & Nephew wireworks, which was a major employer of men and woman, it is believed that the Tors steps were built to enable the local workers easy access to the wireworks.

Shining Cliff Distillery has turned the old wire works to its advantages, using the river Derwent and the former water pumping infrasturctue to be incorporated into the the cooling systems, lowering their own carbon footprint. 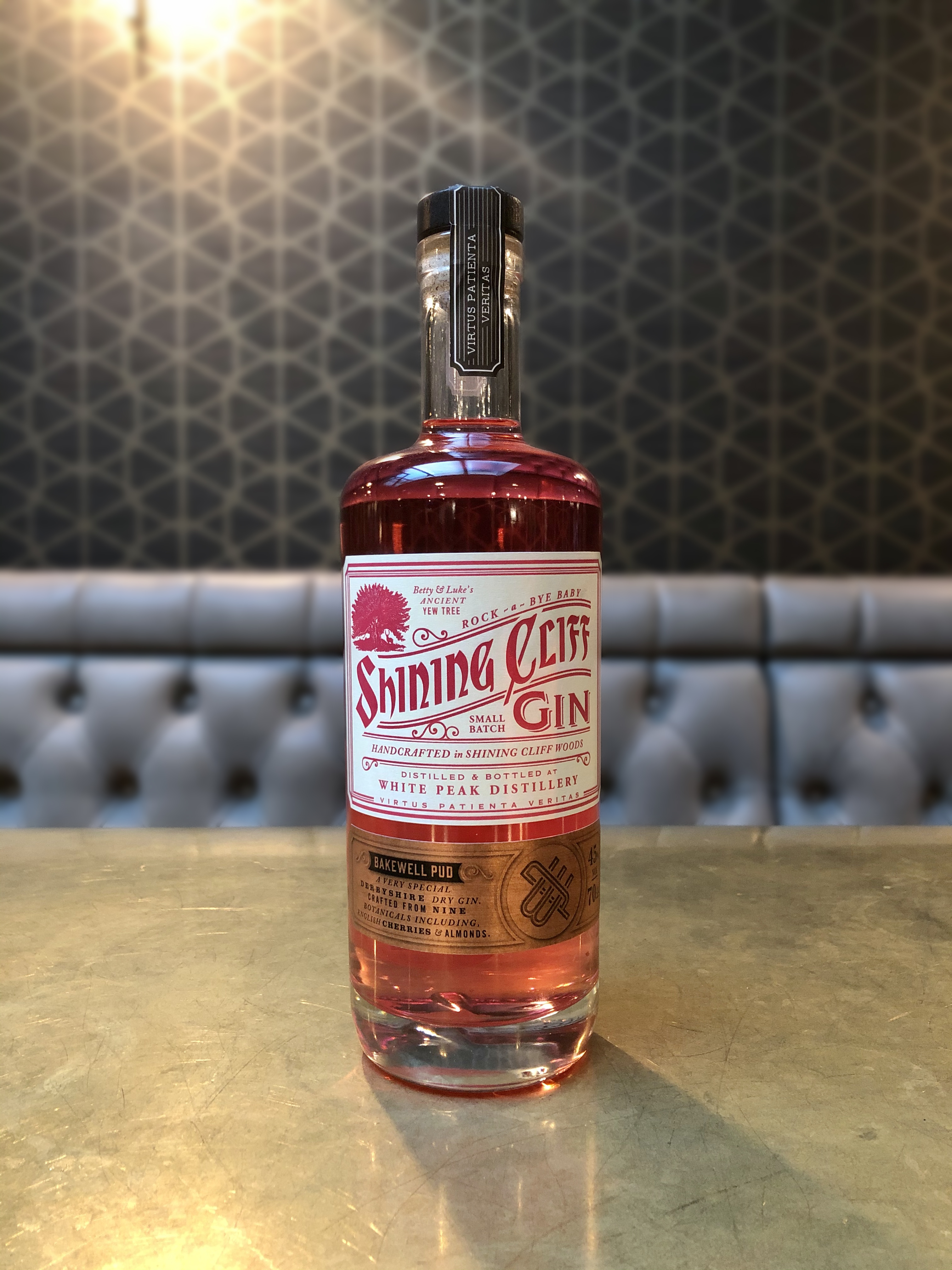 It is of no surprise then that they would use their own surroundings to gain inspiration for their own products. The nearby home Bakewell has inspired the Bakewell Pud gin, distilled from nine botanicals, including the signature cherries, almonds and raspberries. The result is a gin that tastes just like the dessert! Try it with your favourite premium tonic and garnish it with a cherry, or if you’re feeling a bit more adventurous you could try mixing it with a small dash of vanilla syrup, 1 part raspberry liquor, and 2 parts milk to make a cocktail that could pass as a pudding.